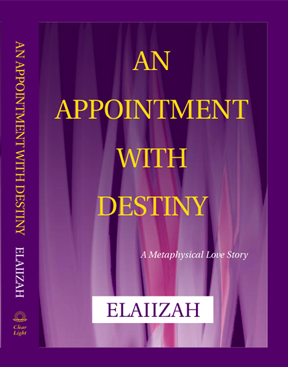 From the expression of gratitude to the angel who guided the authoring of this fine book, Appointment with Destiny, to the final chapters in this exquisite metaphysical love story, this work of literary greatness shines with the light, hope and possibility for humankind.

Beginning with the Present comes a momentary reflection from the afterlife by the primary character Naina who wakes from her earthly slumber and realizes she is dead to the physical world of duality, but very much alive in the Spirit World.

Her Twin-Ray Christopher suddenly appears in brilliant light to join her. Thus begins a grand adventure in review of their mortal journey on earth, a rewind of their great story, in fact all of our stories as well. Interspersed throughout the novel are essays of guidance from the Ascended Masters introducing each section of the book and bits of wisdom from the Cosmic Law of Attraction.

Nainas life story begins in a contemporary city Udaipar, in the regal and exotic state of Rajasthan, India in a humble household. Her life encompasses a yearning for a celestial reunion with her Knight-in-White-Armor, a gift of magnificent healing abilities channeling the Universal Life Force Energy and an unexpected Indian wedding to the great sovereign Maharana, Sri Bahadur Tej Singh of Udaipur. A wedding is said to be always an event, but a marriage is believed to be an achievement.

This arrangement with the Maharana catapults the young virginal woman into another world of power and deep loneliness for Naina did not marry for love. In fact she believed it was the sunset of love instead. It is only when the ego is dead, can a marriage become a sacred union of two souls.

Eventually Naina breaks her icy disposition and accepts the Maharanas umbrella of warm endearment and learns that love is an expression of ecstasy. Soon this new-found comfort crumbles into the despair of having giving up her dream of the White Knight. But through isolation and often despair we are introduced to our true self and a deepened sense of self-realization arises.

This was the case with Naina. 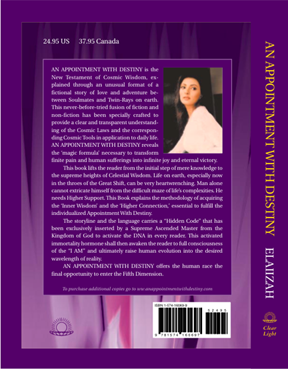 Now, she was competent to face adversities and disappointments with the grace and propensity of an inner realization. She knew how to remove the walls of fear, insecurities, inadequacies, lack and anguish.

Chapter by chapter of this epic tale progresses with an enlightening story of eternal love  a single white rose among a cluster of white-roses, interlacing old mythologies from ancient India including the Chitorgarh fortress, the famous Taj Mahal and a gallant surprise rescue from her kidnappers by the White Knight himself.

It is during her rescue Naina meets her Twin-Ray Christopher Kumar on earth for the first-time  a highly charged Divine Connection urgently transposed between both souls. This buzzing of high-powered excitation empowers a Celestial Union between the two known strangers. Herein lies a detailed description of Soulmates and Twin-Rays and the metaphysical significance of a Divine Union.

Though this auspicious meeting of souls happened quite remarkably so, it doesnt necessarily end-up in immediate marital or romantic bliss for Naina and Christopher, as she was already betrothed to the Maharana and he was predisposed to his life in the private secret service force in Bombay. Thus years of separation ensue whereby the two lovers cannot be with each other as they might have desired.

The story goes on with many surprising twists and turns. Rarely have I read a story that kept my interest from page to page as this novel does. Highly recommended reading for any of you on the path of self-realization and discovery.

Go back | Show other stories | Send this page to a friend