Huffington Post Impact has put together a comprehensive list of links to donate and get involved in relief efforts for victims of Tuesday's devastating earthquake. You can also go to The Goods: Help Send Relief To Haiti, an online store by Causecast and HuffPost Impact, where you can purchase products for organizations that will be directly used on the ground in Haiti.

The U.S. State Department Operations Center has set up the following number for Americans seeking information about family members in Haiti: 1-888-407-4747

A strong earthquake (magnitude 6.5) hit Northern California today, breaking windows and taking out power lines in some areas. The quake hit at 4:27 pm PT, with the epicenter around 25 miles from Eureka.

Dear EarthTalk: I am very concerned about the amount of chlorine in my tap water. I called my water company and they said it is safe, just let the tap run for awhile to rid the smell of chlorine. But that just gets rid of the smell, perhaps, not the chlorine? -- Anita Frigo, Milford, CT

While the articles that drove the most clicks this year were a combo of lists and FAQs, we know our loyal readers came back on a daily basis to check out our solid reporting, our trend-spotting, our startup profiles and our scoops. We worked hard in 2009 to cover the entrepreneurs and innovators of green technology and well work even harder in 2010. Happy New Years!

President Barack Obama came into office with climate change and the environment on his list of top priorities.

Nearly a year later, one of the top environmental groups in the United States says that Obama has made the grade so far.

The United States became the No. 1 wind power market in the world in 2008. But under the credit crisis in 2009, the building of new wind farms slackened and the United States ceded its top global spot to China.

With the demand for renewable energy still growing, the American Wind Energy Association is eyeing 2010 as a critical year. Here are some of their top trends to watch for...

On Dec. 9, an op-ed by Sarah Palin on climate change ran in the Washington Post. Al Gore responded to Palins piece and made some fresh claims of his own later that day in an interview with MSNBC. The original Inconvenient Truther and the oil pipeline proponent actually had some common ground  both agreed that global warming was real. However, they differed on almost every other point, starting with whether that warming has anything to do with human activity. We find that both engaged in some distortions and have been rightly called out by experts in the field. 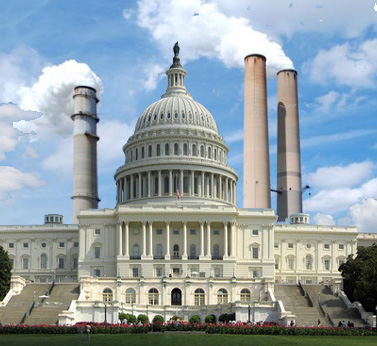 The non-legally binding deal agreed at the U.N. Climate Change Conference in Copenhagen among the U.S., China, Brazil, South Africa and India, has brought to a conclusion what has proved an extraordinarily complex set of negotiations.